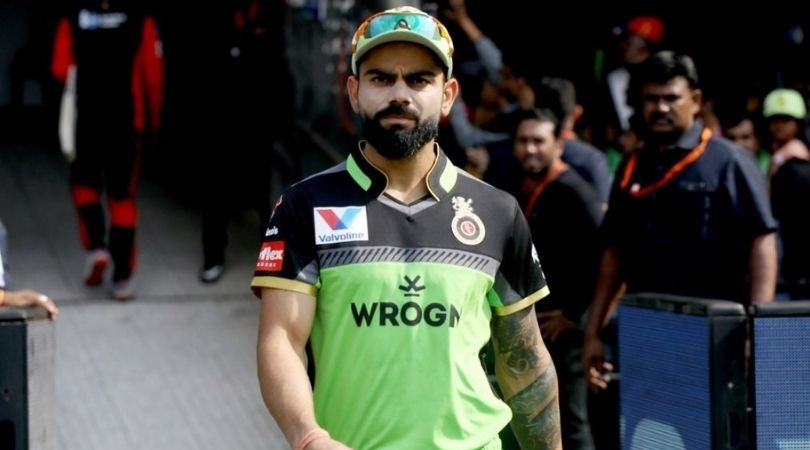 Royal Challengers Bangalore (RCB) will wear a green jersey during their group stage encounter of the Indian Premier League (IPL) 2022 against the Sunrisers Hyderabad (SRH) on May 8 (Sunday) at the iconic Wankhede Stadium. It may be noted that the Red Army, every edition wears the green jersey in one of their group stage matches.

The Challengers from Bangalore started the initiative way back in 2011 and since then it became a permanent part of their campaign. This year, RCB players and the support staff will don the jersey in a bid to promote awareness about keeping the earth clean and green.

RCB well and truly in the playoffs race

Meanwhile, the Faf du Plessis-led side will take on the Sunrisers Hyderabad in their next match. To note, both sides have already met once in the tournament in which the Red Army were bundled out for just 68 runs and registered their second-lowest total in the history of IPL. As a result, the Orange Army managed to win the contest by nine wickets.

Talking about SRH, after a five-match winning streak, they have lost three matches in a row. SRH batting order has performed decently in the previous few matches. However, they have somehow managed to lose their matches. Currently, the Orange Army is placed sixth on the points table.

As for RCB, the Red Army is currently placed fourth in the points table with six wins in 11 matches. Skipper Faf du Plessis and former captain Virat Kohli have been among the runs in past few matches. In bowling, pacers Josh Hazlewood, Harshal Patel, Mohammed Siraj, and Wanindu Hasarnaga, have been performing excellently for their team and will look to emulate their performance against the Orange Army.

Meanwhile, Australian stars Glenn Maxwell, Dinesh Karthik, and Shahbaz Ahmed have also played their part well and will want to give a perfect finish to the Red Army in their upcoming encounter.

100MB @100MasterBlastr
24 minutes ago
#OnThisDay, Rohit Sharma scored his 5th century of the 2019 World Cup, the most by any batter in a single World Cup. 💯 https://t.co/18DPLtx6Ix
View on Twitter