Reports: Jhulan Goswami to get stand named after her at Eden Gardens 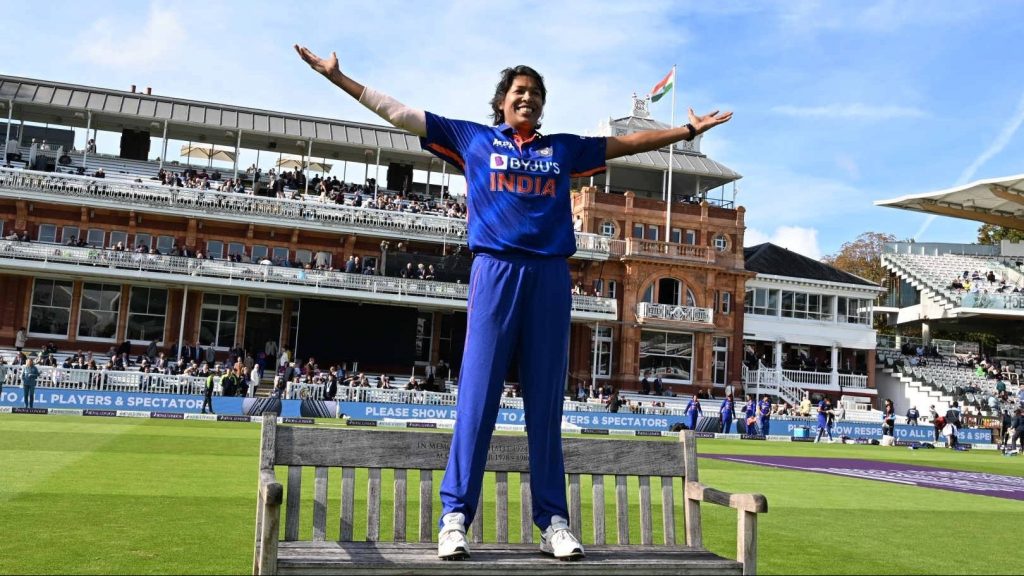 Veteran pacer Jhulan Goswami will be bidding adieu to international cricket after the conclusion of the ongoing third and final ODI between India Women and England at Lord’s Cricket Ground on Saturday, September 24. Meanwhile, the speedster has made it clear that she would be playing the inaugural edition of the Women’s IPL next year.

Meanwhile, it has been learned that the Cricket Association of Bengal (CAB) is planning to name a stand honouring Jhulan Goswami at the iconic Eden Gardens. CAB had reportedly come up with this idea on Saturday, September 24. The president of the state cricket association as well as the secretary has explained in what way Jhulan has been an inspirational cricketer.

“We are planning to name a stand after Jhulan Goswami at Eden Gardens. She is a special cricketer and deserves to be with the legends. We will approach the army for the necessary permission. We are also planning a special felicitation for her on the annual day”, said CAB President Avishek Dalmiya as quoted by NDTV.

“At CAB we give equal importance to women’s cricket and hence we see so many talented cricketers. They are of course inspired by Jhulan’s achievements. Though she has retired from international cricket we would love her to play in the woman’s IPL,” he added.

“She is a legendary cricketer. She revolutionized women’s cricket and especially fast bowling. We have made her the mentor of the Bengal Women’s cricket as we want to get her valuable advice. We have plans to involve her in the development of women’s cricket. We also want her to play domestic cricket if she wants”, CAB Secretary Snehasish Ganguly said.

“We treat women’s cricket with value and it shows as all our teams do so well domestically,” he added.

Jhulan Goswami along with veteran batter Mithali Raj have featured in a record six Women’s World Cups for India and were the integral members of the Indian squad that made the finals in the 2005 and 2017 editions.

The tall pacer has registered 353 international scalps to her name which is the most number of wickets in the history of women’s cricket. She is also the highest wicket-taker in Women’s World Cup history having taken 43 which remains unbroken to-date.

It now remains to be seen whether Jhulan will succeed in making the ball do the talking in the third WODI and finish her international career on a memorable note.