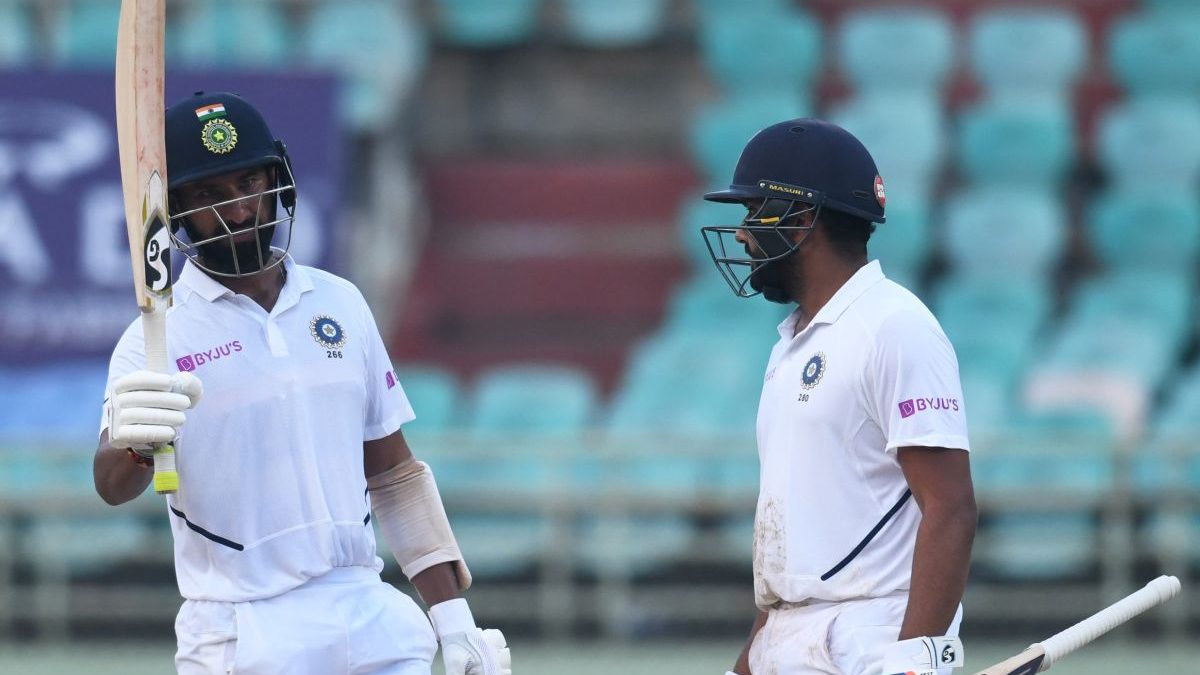 India ended Day three of the Oval Test at 270/3 with a lead of 171 runs more so because of the 153-run partnership between Rohit Sharma and Cheteshwar Pujara. Interestingly, Pujara, who loves to play pretty much defensive cricket especially at the start of the innings, got off the blocks and outscored his partnership in the first half of their partnership.

At one stage, Pujara was batting at a strike-rate of 75 having scored a flurry of boundaries off the backfoot and rotating the strike consistently. Rohit Sharma hilariously quizzed him about his scoring-rate after the end of day’s play on Saturday. And like he always is, Pujara was kind enough to give the credit of the same to openers Rohit and KL Rahul who batted out the toughest period of the day.

He noted that the conditions were easy to bat when he came in and so India’s number three decided to cash in. “It was a good start, thanks to you guys (Rohit, Rahul) the ball was old and I could play my shots. It was slightly easier to bat in that session,” Pujara told Rohit in a video posted on BCCI‘s official website.

Carrying on the conversation then Rohit Sharma said that the roles of the two have been reversed now with him looking to spend more time at the crease. The Indian opener has certainly done that in this series having faced the most balls (866) so far. The 34-year-old admitted that spending more time batting in England was the biggest challenge for him on the tour.

“The roles actually have been reversed. Normally I like to play a few shots and get the scoreboard moving quickly while you take time but the roles have reversed now. I’m happy to spend time (in the middle) and play as many balls as possible. That was for me, the biggest challenge before this tour, to play as many balls as possible. Runs and boundaries will come as long as you spend time in the middle,” Rohit added.

The Oval Diaries with Rohit & Pujara 😎

Of role reversals, patience, putting up a century stand & scoring a maiden Test ton overseas – @ImRo45 chats up with @cheteshwar1👍 👍 – by @RajalArora

100MB @100MasterBlastr
57 minutes ago
Tilak Varma had a phenomenal season and that earned him a place in this list. 💥