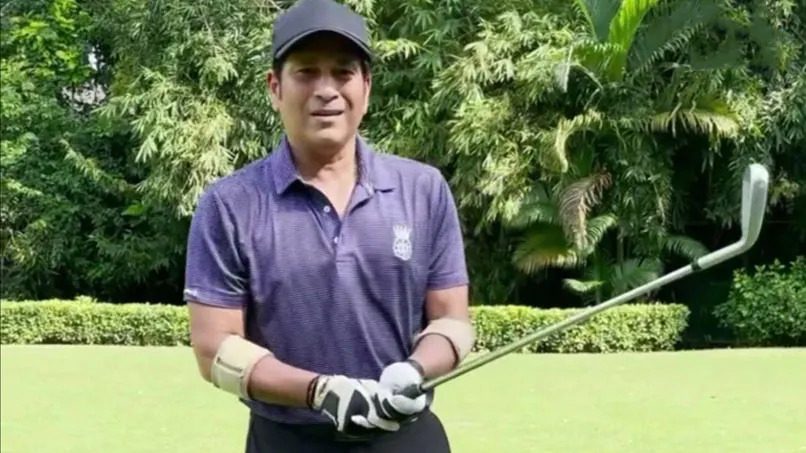 In a video uploaded from the official Twitter handle of Sachin Tendulkar, the veteran batter can be seen hitting the golf ball in a left-handed stance, but through a rearview mirror of a cart. Earlier, Sachin had also revealed that he bats right-handed, but uses his left hand to write.

“To all those who wanted to see me play left-handed,” Tendulkar wrote on Twitter

In a video uploaded on Sachin’s official Instagram handle, the 2011-World Cup winner also revealed that he uses his left hand while eating with fork and knife, but while using chopsticks, he uses his right hand as he is unable to eat with his left one.

“The left hand manages all the writing and eating while the right hand handles all the wooden sticks,” he captioned it along with the cricket bat and chopsticks emojis,” Sachin wrote on his Instagram handle as caption.