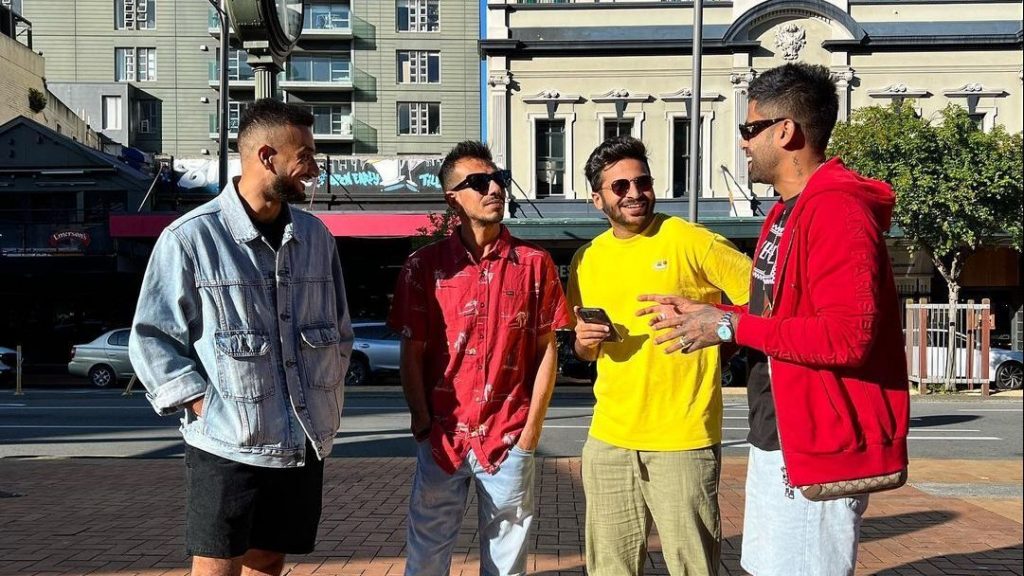 After an embarrassing exit from the T20 World Cup 2022, the Indian team will start their next assignment with a white-ball series against New Zealand starting from November 18. The Men in Blue will start preparations for a three-match T20I series followed by the same number of ODI games.

The Board of Control for Cricket in India (BCCI) have named a second-string squad for the series, with star all-rounder Hardik Pandya leading the squad. To manage the workload, the management has rested senior players Rohit Sharma, Virat Kohli, and KL Rahul for this tour as the the trio is part of India’s squad for the Bangladesh tour starting in December.

Hardik, Rishabh Pant, Yuzvendra Chahal, and Suryakumar Yadav have already arrived in Wellington and will take part in the training. The stand-in coach VVS Laxman and other members of the squad will arrive today as the formal training sessions will start on Tuesday (November 15).

Yuzvendra Chahal and others start preparation:

Chahal was part of India’s squad in the recently concluded T20 World Cup but failed to make any appearance. Management went ahead with Ravichandran Ashwin and Axar Patel as their preferred spin options in Australia. But Chahal has now set to look ahead with new challenge and will be looking to regain his regular spot in India’s white-ball squad.

The star leg-spinner posted a picture with Harshal Patel, Shardul Thakur, and Suryakumar while spending time on the streets of Wellington and also shared a story of hitting the gym.

Mohammed Siraj was not part of India’s squad for the T20 World Cup 2022 but is named in India’s T20I squad for the New Zealand tour. He also posted a story of hitting the gym on his Instagram handle. Arshdeep Singh, who proved India’s best bowler in the recent tournament, shared a post while hanging out in Wellington.

Arshdeep’s sensational performances have earned him a place in India’s ODI squad and is likely to make his debut in the first ODI scheduled at Auckland on November 25. Shikhar Dhawan is leading the ODI squad once again with Rishabh Pant as his deputy.