Virat Kohli and family jet off on a vacation to Uttarakhand 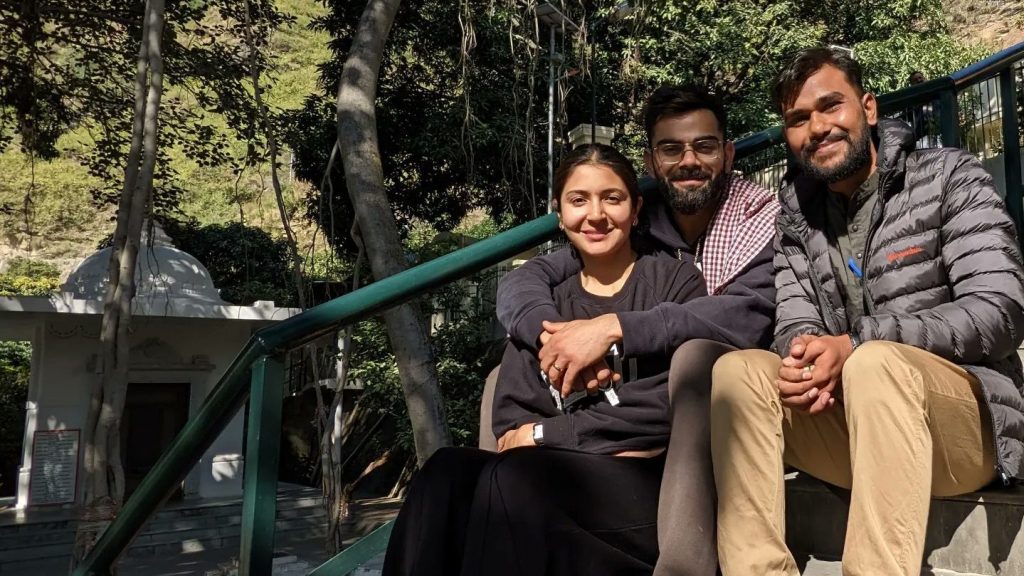 Team India endured an abrupt halt to their ICC T20 World Cup 2022 campaign following the semi-final loss to England. After the exit, Rohit Sharma and Virat Kohli were both rested for the ongoing three-match T20I series against New Zealand.

Former India skipper Virat Kohli has jetted off with his family- wife Anushka Sharma, and daughter Vamika on a vacation. Both Virat and Anushka have taken breaks from their professional careers and were seen to be spending quality time in Uttarakhand.

The star couple recently visited Nainital, Uttarakhand along with their one-year-old daughter Vamika. Furthermore, the two spent time with a few local fans and were seen posing for pictures with them. During their visit to Nainital, Virat and Anushka visited the Neem Karoli Baba Ashram in Kainchi Dham to seek blessings.

The Men in Blue may not have had the best campaign following the exit in the last four match, however, Virat Kohli had a campaign to remember. The star right-hander relished four half-centuries from the six outings that included the breathtaking 82* off 53 balls knock against Pakistan.

He amassed 296 runs finishing as the highest run-scorer in the competition at a sensational average of 98.66. The batter suffered from a rough patch for the last two years due to which he decided to take a short sabbatical from the sport.

Upon his return in the Asia Cup 2022, Kohli seemed to be in sublime touch and slowly began constructing vital innings which he is best known for. The chase master then projected masterclass innings against Pakistan in the marquee event down under and since then, has not looked back. He continued to help the side with the bat and was an integral member of the batting line-up.

Virat has been excluded from the ongoing T20I series and will also not feature in the ODI series against New Zealand. However, the former skipper will take the field against Bangladesh as the side tours to the neighboring land for three ODIs and two Tests starting on December 4.