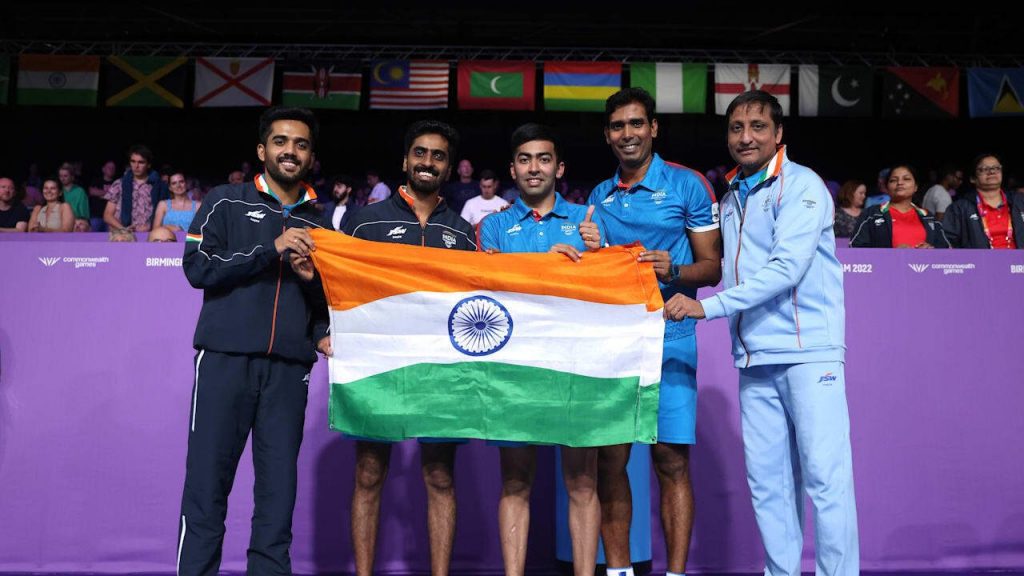 Former India captain Virat Kohli has congratulated all the Indian athletes for their brilliant performances in the Commonwealth Games 2022. India bagged 22 gold, 16 silver and 23 bronze medals in the recently concluded games.

With that, India finished fourth in the medals tally. With 61 medals, this is also India’s fifth-best performance in Commonwealth Games history. Their best came when the athletes bagged 101 medals in the 2010 Commonwealth Games in New Delhi.

Congratulating all the athletes for their massive success, Kohli said, “You have brought great laurels for our country. Congratulations to all our winners and the participants of CWG 2022. We are so proud of you. Jai Hind.”

The games also saw Indian contingents bag medals in lawn bowls and cricket. This is for the first time when the nation won a medal in these sports. Had shooting been a part of the games, India’s chances of winning more medals could have been a reality, especially given India’s success in the sport.

After a small break from the game, Kohli is all set to make his return to the Indian team in the Asia Cup 2022. Since the last T20 World Cup, he has featured in only four of the 24 T20Is that India have played. His form has been a matter of concern as well. Kohli scored 341 in IPL 2022 at an average below 25, while in the four T20Is this year, Kohli scored just 81 runs.

The fans are eagerly waiting to see him back in form and hit his 71st international century. It has been more than two years since Kohli’s last century and with the T20 World Cup coming soon, he would want to get back to his older self.