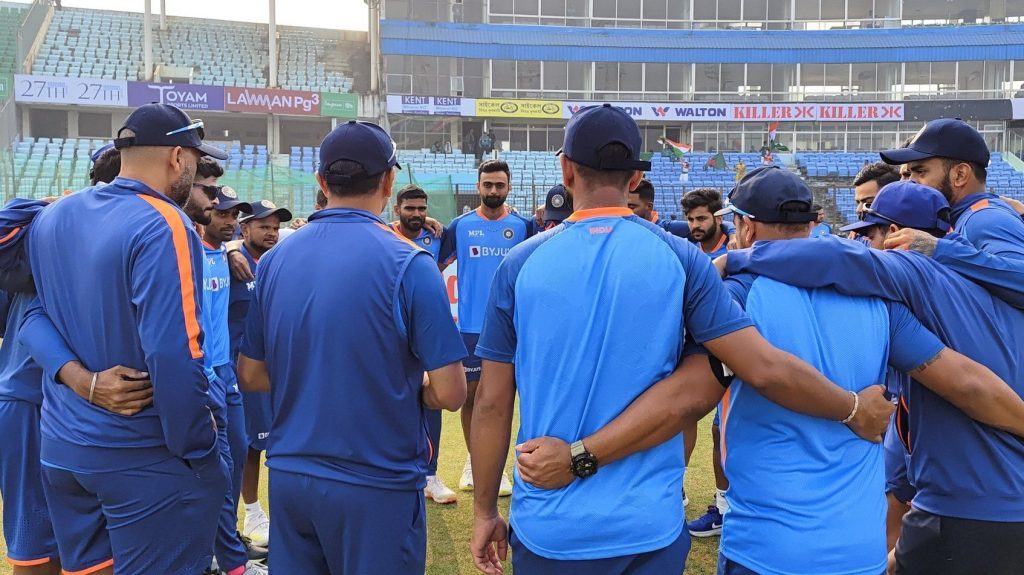 India domestic veteran Jaydev Unadkat joined the national squad on Day 2 of the Chattogram Test. His delayed joining to the squad comes after resolving his visa issue which saw him stranded in Kolkata.

Unadkat, 31, earned a call-up to the India Test squad after 12 years. The left-arm pacer replaced Mohammed Shami after the veteran was ruled out due to a shoulder injury. After landing in Bangladesh, he joined the squad as the team management gave him a warm reception and welcomed him.

Incidentally, Unadkat played his only Test match against South Africa in 2010. He was relatively poor and failed to pick any wicket as India lost the match by an innings and 25 runs. Following the stint, the fast bowler was away from the Indian scheme of things.

In the recently concluded Vijay Hazare Trophy, the 31-year-old was in tremendous form and most importantly, led Saurashtra to success. The pacer led by example as Unadkat notched up 19 wickets from 10 matches.

In the Syed Mushtaq Ali Trophy, he picked up nine wickets from seven matches at an economy rate of 7.03. Even though Saurashtra was knocked out in the quarter-finals, Unadkat looked impressive with the ball.

Meanwhile, while playing for Mumbai Indians in the 15th edition of the Indian Premier League, Unadkat picked up six wickets at an economy rate of 9.50. Following his poor performance, the team management decided to release the cricketer before the IPL auction and thus, a lot of franchises will eye on signing the cricketer after a brilliant domestic season.