Bhuvneshwar Kumar’s wife hits out against trolls on Instagram 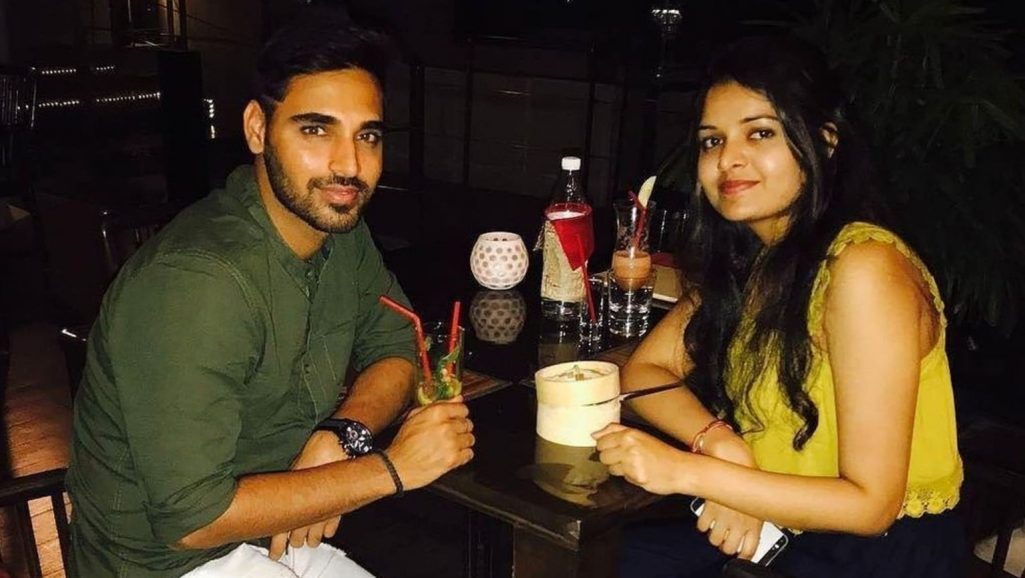 Indian death bowling has been amidst a crisis of late, and veteran pacer Bhuvneshwar Kumar finds himself at the eye of the storm once again after a forgetful outing against defending T20 World Champions Australia in Mohali. Bhuvneshwar’s penultimate over yielded 16 runs, handing the initiative to the visitors. The Indian pacer was subjected to criticism and harsh words by netizens before his wife Nupur shut down critics in a social media post.

India had the upper hand going into the last four overs of the match in the series opener, but the returning Harshal Patel and Bhuvneshwar Kumar capitulated under pressure and failed to defend a substantial tally of runs in the death overs. The veteran Indian pacer bowled the 17th and 19th over, which yielded 15 and 16 runs, respectively.

The ace bowler was trolled for his lack of control at the death as Australia cruised home with four deliveries to spare, chasing a mammoth tally of 208 runs. Bhuvneshwar’s wife, Nupur Nagar, came to the aid of her husband and hit out at the trolls via an Instagram story.

“Nowadays, people are so worthless, that they have nothing better to do and have so much time to spread hate and envy… My advise to all those is – nobody is affected by your words or care about your existence. So please spend that time in making yourself better, though there is very less scope for that!!” read her Instagram story.

Bhuvneshwar had seemingly redeemed himself with an exceptional outing in India’s final game of the Asia Cup campaign against Afghanistan, after a woeful couple of games against Pakistan and Sri Lanka. But the much-maligned pacer was once again off the radar in the first T20I against Australia, conceding 52 runs in his four overs, the most ever conceded by the Indian ace in a T20I. While the jury is still out against the 32-year-old, he has received the backing from his teammates and several former cricketers.