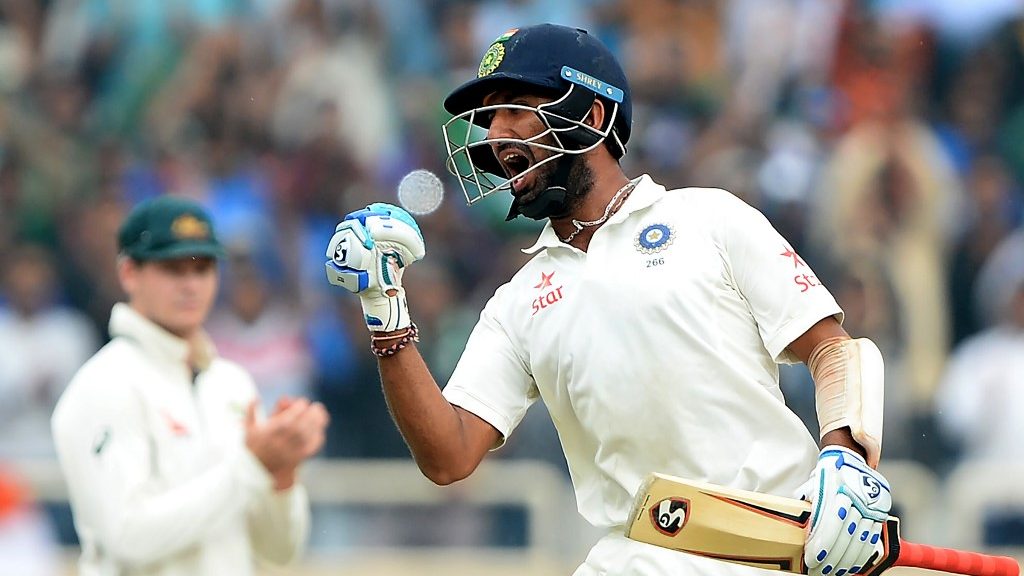 Cheteshwar Pujara has been one of India’s most reliable batters in the longest format for nearly one-and-half decades. He has played many impactful knocks and has also bailed the Indian team out of precarious situations on a few occasions.

As the veteran red-ball batter turns 35 on January 25, here’s a look at three of the best knocks in his decorated Test career so far.

India had already lost the series 0-2 and had the pride to salvage in the third Test match at the Wanderers Stadium in Johannesburg during the 2017/18 series. The Proteas bowlers were breathing fire on a wicket that generated uneven bounce, but Pujara braved against all odds and frustrated the bowlers.

Cheteshwar finally opened his account on the 54th delivery and went on to score 50 runs off 179 deliveries before being caught behind by Quinton de Kock off Andile Phehlukwayo.

India eventually went on to win that match by 63 runs.

After years of struggle, India finally went on to register their maiden Test series victory on Australian soil in the 2018/19 season. However, Cheteshwar Pujara has a lion’s share in making this possible as he looked in splendid touch in that four-match Test series.

With the visitors losing wickets cheaply from one end in the opening Test at the Adelaide Oval, Pujara soldiered on and scored a superb 123 as India posted 250 in the first innings to eventually come out on top by 31 runs.

The Rajkot cricketer finished with 521 runs from four Test matches as India lifted the iconic Border-Gavaskar Trophy at the SCG.

This arguably takes the top spot in Cheteshwar Pujara’s Test career. While this might not be a century, it does get a special mention for Pujara’s grit and determination that made a victory look possible.

The veteran batter tired the Australian bowlers scoring 56 runs off 211 deliveries and more importantly, he survived a bouncer barrage from the Australian pacers. But he did not give up and used his body like armour to make India’s chances of winning the match and the series look realistic.

He was rewarded for all the blows that he took as India breached Australia’s fortress The Gabba. They ended the home side’s 32-year red-ball dominance at the venue to successfully retain the Border-Gavaskar Trophy and register a second successive Test series down under.