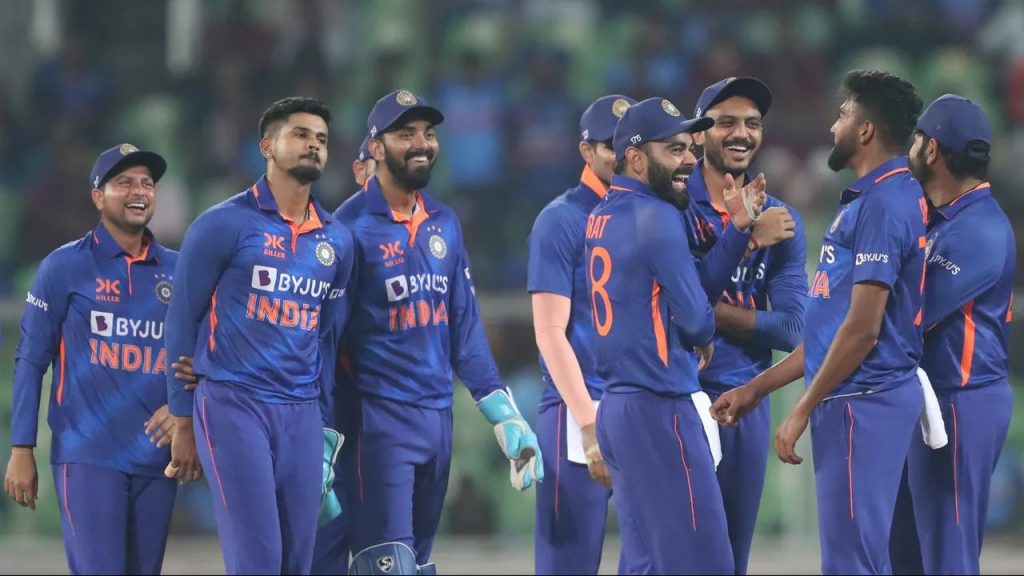 Former England captain Michael Vaughan, has previously been quite critical of India’s strategy in white ball cricket, believes that the Men in Blue will be the favourites to win the forthcoming World Cup, which is scheduled to be staged in India between October and November 2023. Vaughan believes that India’s aggressive style of play in ODI cricket makes them the leading contenders to win the global championship event.

Vaughan’s words of appreciation came in during the third ODI between India and New Zealand. Visitors New Zealand won the toss and put India to bat first, in what was a dead-rubber game for them. The Men in Blue, having clinched the series by winning the first two game, were off to a flying start, thanks to centuries by openers Rohit Sharma and Shubman Gill.

As the duo formed a formidable partnership, Vaughan took to Twitter and wrote:

“India finally committing to playing One Day Cricket in the aggressive way makes them Red hot favorites to win the men’s World Cup this year.”

In the ongoing One-Day International series against New Zealand, Team India has risen to the challenge and taken an extremely strong approach to the format. After the first ODI ended in a high-scoring thriller, which saw Shubman Gill notching up a double century, the bowlers stole the show in the second ODI and dismissed the visitors for their third-lowest ODI total of 108 runs.

With an aim to complete a 3-0 whitewash, Rohit and Shubman, India’s openers, laid a strong foundation for the batters. Hitting boundaries all across the stadium, the duo put up a magnificent 212-run stand for the first wicket while also bagging their respective centuries. Rohit ended his three-year-long wait by notching up his 30th ODI ton, whereas Shubman continued his red-hot form with the bat to put up another impressive performance.

Apart from the two, former India skipper Virat Kohli too is in good touch as the stylish batter notched up an ODI century against Bangladesh in December 2022, and carried the same momentum against Sri Lanka while repeating similar heroics. Within a span of two months, Kohli managed to amass three centuries in the ODI format, thereby strengthening India’s lineup.