IND vs AUS: Team India gets rousing welcome in Nagpur ahead of second T20I 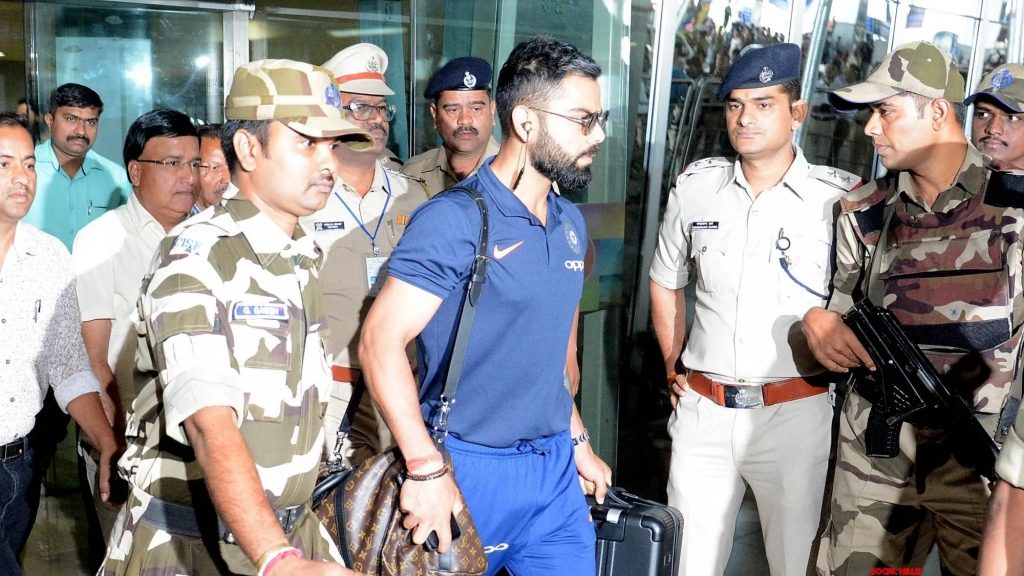 After a bitter four-wicket loss in the series opener at the PCA Stadium in Mohali, India would be hoping to settle scores when they face Australia in the second T20I at the Vidarbha Cricket Association Ground in Nagpur on Tuesday, September 20.

As the Indian team landed in Nagpur with the aim of leveling the three-match series, they got a rousing reception from fans in the ‘Orange City of India’. In a video posted by the Board of Control for Cricket in India (BCCI) on their official Twitter handle, the players can be seen making their way from the Nagpur airport.

While most the players including the likes of Virat Kohli and Yuzvendra Chahal have worn masks a few of them including Dinesh Karthik, Harshal Patel, head coach Rahul Dravid etc. did not wear them. Meanwhile, as the players made their way to the team bus, they were cheered loudly by the passionate cricket fans present over there.

The team members then arrived at the hotel where they were welcomed and garlanded by the hotel staff. Meanwhile, Rishabh Pant and Suryakumar Yadav can be seen signing autographs for the fans.

Meanwhile, the players will be back in action in the second T20I on Friday, September 23 and with the series on the line. It remains to be seen whether pace spearhead Jasprit Bumrah will be featuring in the playing XI.

Bumrah was rested for the first game and with just five more T20Is left before the T20 World Cup, it remains to be seen how much more time the premier speedster would be warming the bench, having been out of action for a while due to a back injury.

At the same time, key focus will also be on the Men in Blue’s death bowling that has been a cause of concern lately.