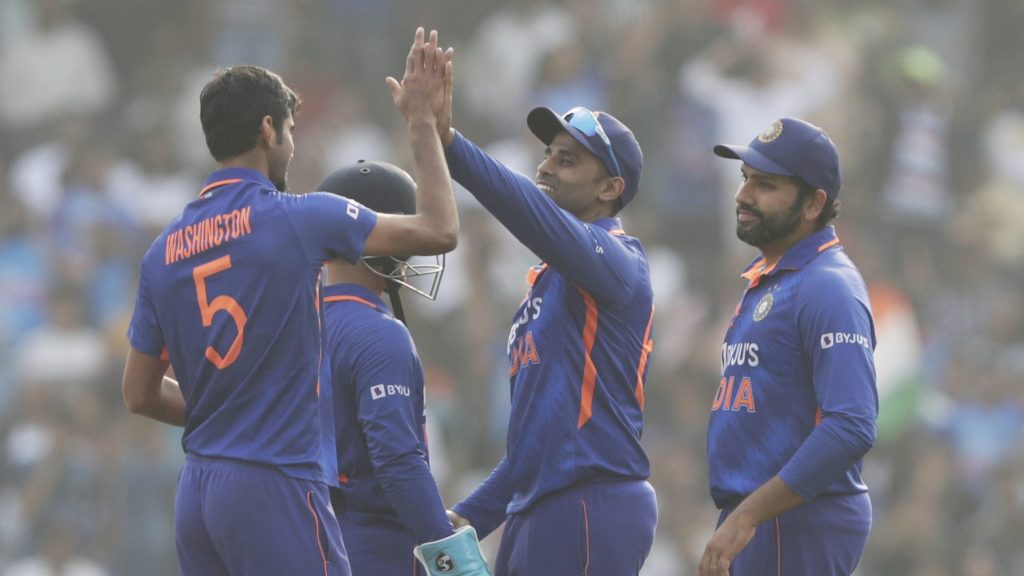 After winning the second ODI India clinched the home series against New Zealand with a game to spare. The two sides will now lock horns on January 24 in what will be a dead-rubber game. Having won the series, the Men in Blue will be looking to complete a 3-0 series whitewash, whereas the visitors would be looking to save themselves from the humiliation.

The Men in Blue have performed exceedingly well in the series so far. The first game saw Shubman Gill notching up a magnificent double-century and becoming the youngest-ever cricketer to do so. He became just the fifth Indian cricketer to achieve the feat in ODIs. The game also saw Michael Bracewell amassing a century during New Zealand’s chase, but the bowlers helped India win the game eventually.

In the second ODI, the Indian bowlers dominated the show. Not a single bowler in the Indian lineup went wicketless as the Men in Blue dished the visitors out for mere 108 runs, New Zealand’s registered their third-lowest ODI total against India. India lost two wickets during the chase, but skipper Rohit Sharma’s half-century helped India win the game early.

The pitch at the Holkar Cricket Stadium in Indore is renowned for being batter friendly. Although pace bowlers have had success at this venue, it might take a lot of effort to keep the batters in check.

India have played five ODIs at this venue and they have emerged victorious in all of them.

Since the Men in Blue have won the game, they might try out a new combination and test the bench strength, giving the players some game time.

New Zealand are unlikely to make any changes to their XI unless Ish Sodhi is fit to play.