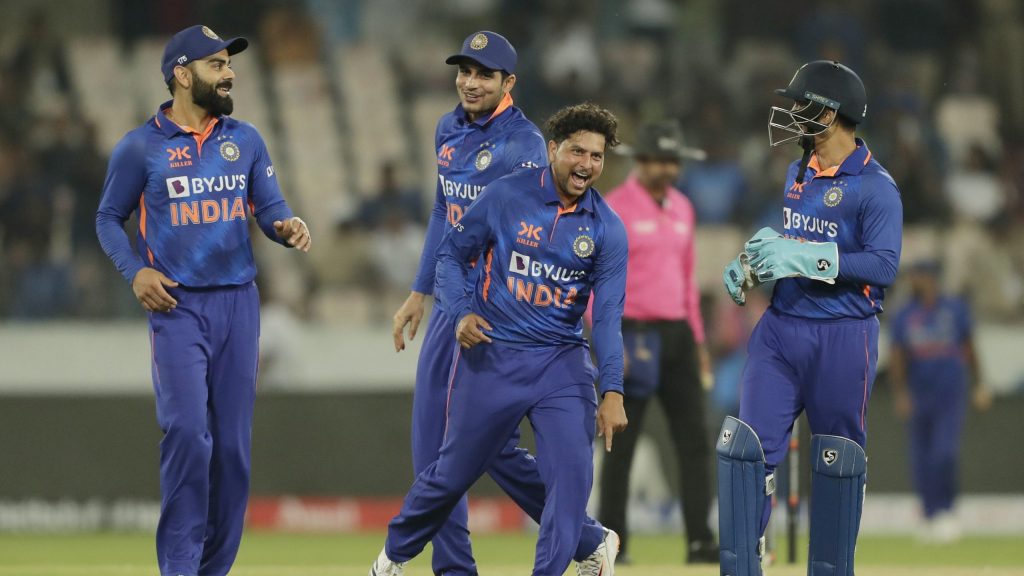 A few members of the Indian cricket team squad, paid a visit to the Mahakaleshwar temple in Ujjain. On the morning of Monday, January 23, Team India visited to offer prayers for speedy recovery of wicketkeeper-batter, Rishabh Pant. Pant had met with a fatal accident between Manglaur and Narsan on December 30.

The 25-year-old was first taken to Saksham Hospital Multispecialty and Trauma Centre for treatment before being admitted to Dehradun’s Max Hospital. A few days later, the stumper was airlifted to Mumbai for further treatment. He is expected to be out of action for most of 2023.

India’s star T20I batter Suryakumar Yadav, all-rounder Washington Sundar, and Kuldeep Yadav were spotted offering their prayers at the temple. According to reports, the players and the staff took part in ‘Bhasma Aarti’ of Lord Shiva. Meanwhile, they had worn the traditional dhoti and angavastram for the occasion.

India look to register a whitewash in the ODI series

The Indian team is currently in Indore for the third and final ODI against New Zealand. Having already sealed the series, the Men in Blue would now be hoping to end the proceedings on a high.

The Kiwis, on the other hand, would be hoping to salvage pride by winning in the third game. They gave India a run for their money in the first game and nearly snatched an impossible win chasing 350. The Tom Latham-led side were completely outclassed by the hosts in the all-important second ODI with an eight-wicket margin.

The Black Caps made 108 riding on some important contributions from Glenn Phillips (36), Mitchell Santner (27) and Michael Bracewell (22) after having lost half their side for just 15 runs in the 11th over. Four of their batters departed for single-digit scores before Bracewell and Phillips’ 41-run sixth wicket stand helped in delaying the inevitable.