Leading from the front: Fewest innings to 1K runs as T20I captain 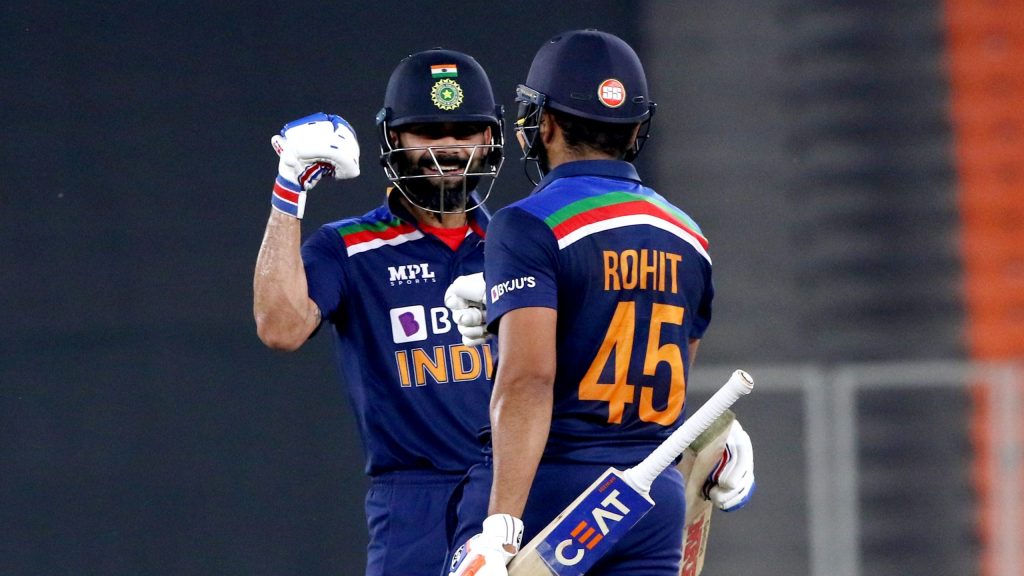 A captain plays a very vital role in his team’s performance whether with bat or ball. Scoring runs is important but when the runs come in quick time, it always bodes well for both an individual as well as his team. Here are a few skippers who have crossed the 1,000 run-mark in the quickest time.

Former South Africa skipper Faf du Plessis recorded the 1,000 run-mark in just 31 innings. Talking about his numbers in T20I format, the right-handed batter has played 50 matches and scored 1528 runs at an excellent average of 35.53. He also has ten fifties and one hundred in the 20-over format. Despite announcing his retirement from the international arena, du Plessis continues to be one of the prominent batters in the cricketing arena.

Former India skipper Virat Kohli comes second on the list, having achieved the feat in just 30 innings. The right-handed batter held this record for a very long time before Team India’s current skipper, Rohit Sharma went ahead of him. Kohli has represented India in 98 matches and has amassed 3297 runs at an astonishing average of 51.5. Kohli has also stroked 30 fifties with 94 being his highest.

Team India skipper Rohit Sharma comes first in this list after recently beating Kohli by one innings. Rohit completed the 1,000-run mark in just 29 innings. The right-handed batter achieved the feat against England during the first T20I match with India winning the contest by a handsome margin of 50 runs. Rohit recently got back in action after missing a fair bit of cricket as he rested in the South Africa T20Is and missed the fifth Test against England with Covid-19.