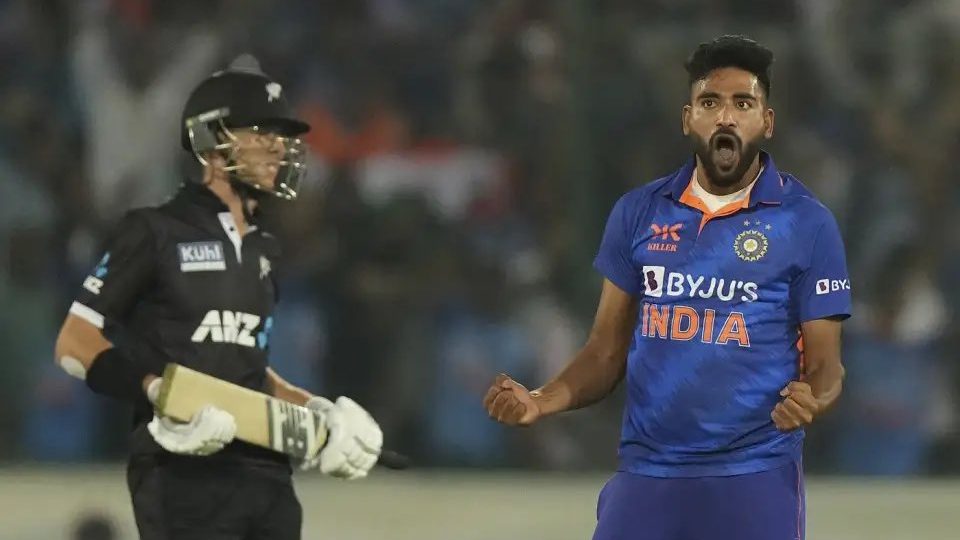 Not often does a team finds itself five wickets down with barely any score at the board score. With half the side back in the pavilion, a defeat seems almost inevitable in that particular game. India have managed to dismiss half the opposition quite quickly a few times in ODIs.

Let’s take a look at the lowest opposition total at which team India took the fifth wicket in one-day internationals:

In the fourth match of Asia Cup 1997, India won the toss and opted to field first against arch-rivals Pakistan. The Men in Green got blown away against Venkatesh Prasad who picked up four wickets. Openers Saeed Anwar and Aamer Sohail fell prey to Prasad for zero and one respectively with both the batters getting out leg before wicket. Abey Kuruvilla dismissed skipper Ramiz Raja for five. While pacer Prasad got rid of Inzamam-ul-Haq for a duck and Saleem Malik for 10. Pakistan lost their fifth wicket for just 29 runs and with the score being 30/5 in nine overs, however, bad light and rain saved Pakistan from a possible defeat as the match ended up with no result.

India toured England for a rescheduled Test, three ODIs, and three T20Is in 2022. During the first match of the ODI series, Jasprit Bumrah wreaked havoc as he dismantled the English batting line-up. Skipper Rohit Sharma won the toss and opted to field first at the Oval. Bumrah got rid of openers Jason Roy and Jonny Bairstow for zero and seven respectively. He also dismissed Joe Root and hard-hitter Liam Livingstone for ducks. Mohammed Shami took Ben Stokes’ wicket for a golden duck as hosts England were torn apart at 26/5. They eventually got bundled out for just 110, with Bumrah picking up his career-best figures of 6/19 with three maidens. The Men in Blue cruised to a 10-wicket victory in just 18.4 overs.

New Zealand recorded the lowest total in this unwanted list in the ongoing bilateral series in Raipur. Captain Rohit won the toss and elected to field first. The Indian pace battery broke the back of New Zealand’s top order. Mohammed Shami picked Finn Allen’s wicket for a duck in the first over itself. The speedster then removed Daryl Mitchell for a solitary run. Hardik Pandya, Mohammed Siraj, and Shardul Thakur grabbed a wicket each as the Kiwis got in big trouble at 15/5. The tourists finally got bowled out for just 108, their third-lowest against India in the 50-over format. India reached the target comfortably in 20.1 overs to seal the game by eight wickets.