Most runs in IND vs NZ ODIs 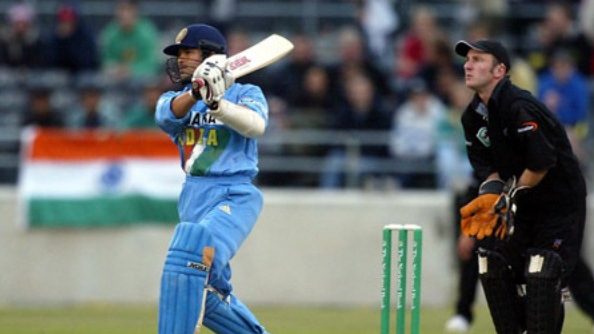 India will be hosting New Zealand in the three-match ODI series starting from January 18 in Hyderabad. New Zealand rank first in the current ICC ODI Team’s chart and won the bilateral ODI series against India at home in November 2022.

But New Zealand will be without their captain Kane Williamson and key pacers Tim Southee and Trent Boult. Tom Latham will be leading the squad for the Kiwis while the Indian team is yet to announce their squad.

India lost their last ODI series against Bangladesh by 2-1 and are currently engaged in a three-match ODI series against Sri Lanka at home. The Men in Blue have failed to win any of their last five ODI encounters against the Kiwis but the Indian batters have dominated this fixture with some brilliant knocks. So, let’s look at top three leading run-getters in ODIs between India and New Zealand so far.

The star Indian batter has scored 1378 runs from just 26 ODIs against New Zealand at an impressive average of 59.91 and a strike rate of 94.64 with the help of five hundreds and eight half-centuries. Kohli has smashed two back-to-back hundreds in his last two ODIs and is the leading Indian run-scorer in ODIs against Kiwis among the active cricketers.

The legendary Kiwi batter pulled off big knocks while facing India across formats. Taylor scored 1385 runs at an average of 47.75 and at a strike rate of 84.74 in 35 ODIs against India, with the help of three hundreds and eight fifties. He won the Player of the Series award for scoring 194 runs from three ODIs when India toured New Zealand in 2020.

Sachin Tendulkar is often on top when it comes to any scoring chart. The Indian legend scored 1750 runs at an average of 46.05 and a strike rate of 95.36 in 42 ODIs against New Zealand, with five centuries and eight fifties, including his famous 186* knock in 1999.