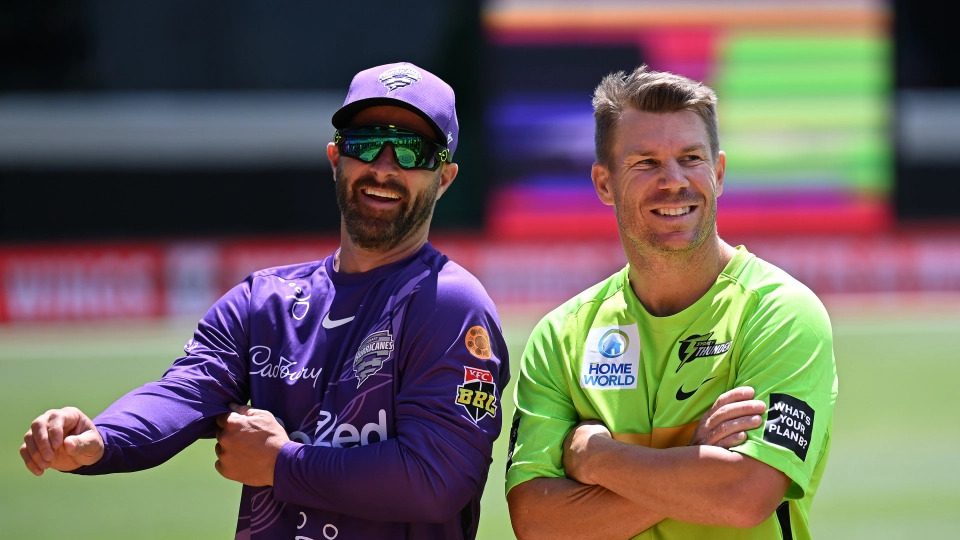 Australia opener David Warner and his compatriot wicketkeeper-batter Matthew Wade got engaged in a heated war of words during Match No. 42 between Hobart Hurricanes and Sydney Thunder in the ongoing Big Bash League on Sunday, January 15.

The incident saw Warner giving Wade a shove after a fiery exchange between Thunder skipper Chris Green and the Hurricanes’ captain broke out on the field.

The incident happened at the end of the 10th over after Green finished his second over of the spell. The duo of Wade and Green was seen having an altercation during the drinks break, but it fortunately didin’t go out of hand.

One of the commentators Kerry O’Keeffe termed the incident involving Warner and Wade as ‘inappropriate’ and ‘unsavoury’.

Wade was seen shaking hands with both Green and Warner after the game and he also spoke to Green separately. The pair also jointly appeared for an interview for 7Cricket after the match ended.

Both Green and Wade looked at ease during the interview and were seen having a laugh about what happened on the field.

“I think we’re alright, I can’t hit him, that was more my frustration,” Wade said.

“It’s all good. We knew we were under par on a really good wicket and we’re both fierce competitors on the field and don’t want to give a look-in – trying to create something out of nothing,” Green told.

“Nothing was said, both of us play the game competitively on the field and we have a lot of passion for our team and it’s coming into crunch end of this tournament so there’s a lot of feeling when I run out for the Thunder and I’m sure Wadey’s the same for any team he plays for as well,” Green added.