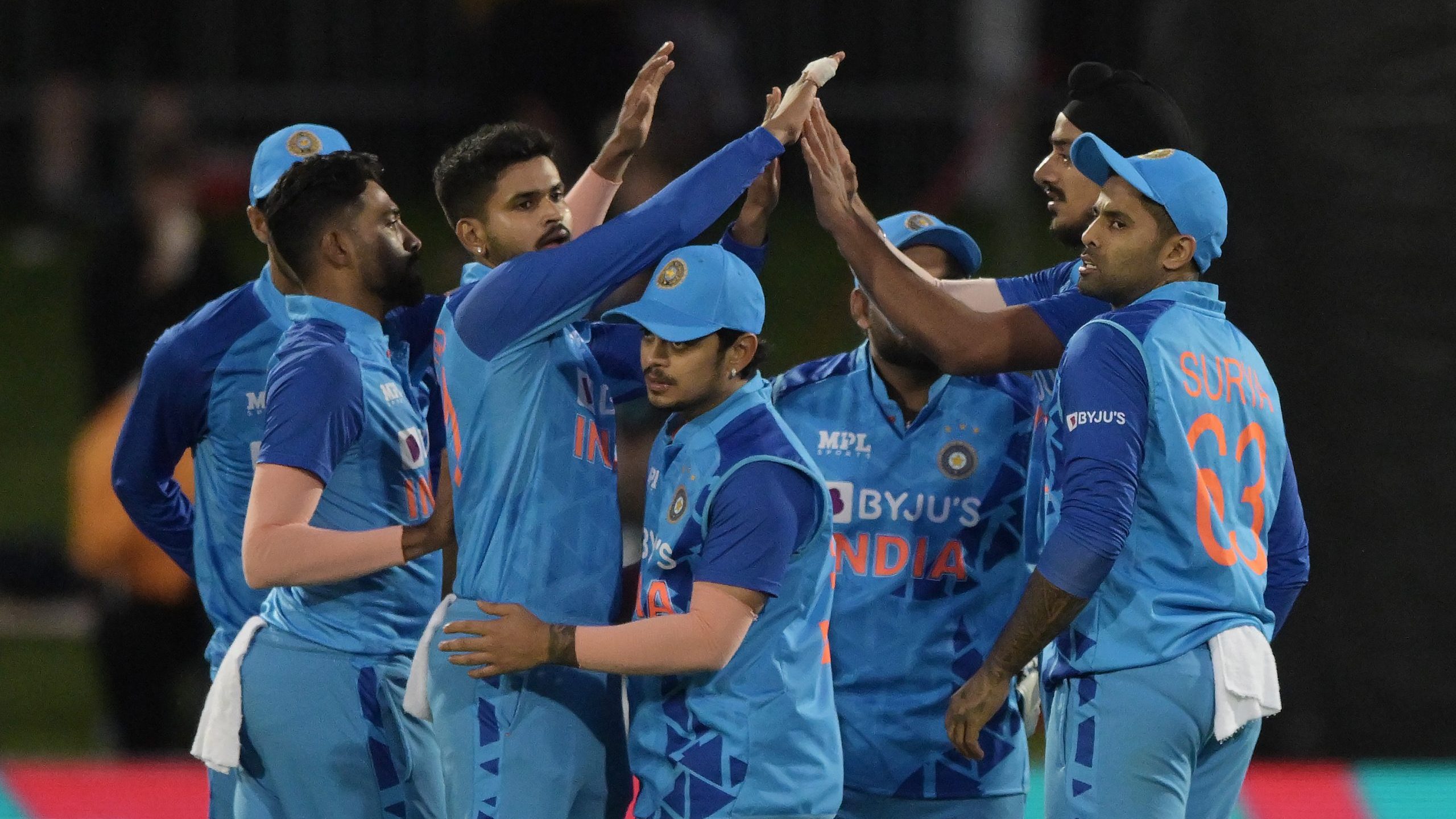 The series-deciding third T20I between New Zealand and India that was played at Napier’s McLean Park was forced to be called off due to rain as a result of which the Men in Blue sealed the series 1-0 having registered a comprehensive 65-run victory in the last game.

As per the DLS rule, the chasing team should have made 75 runs from nine overs and since India had scored the exact number of runs within the stipulated overs, the contest ended in a tie when no further play was possible.  Notably, the series opener in Wellington was also washed out due to rain.

Earlier, New Zealand’s stand-in captain Tim Southee called it right at the toss and elected to bat first. They were reduced to 44/2 inside the Powerplay before Devon Conway and Glenn Phillips carried out the rescue act with an 86-run stand for the third wicket.

Conway scored 59 runs off 49 deliveries while Phillips made a 33-ball 54 as the Kiwis finished their innings with exactly 160 runs on the board.

In reply, Rishabh Pant who was once again promoted as an opener looked to provide a brisk start. However, he along with his opening partner Ishan Kishan and Shreyas Iyer were dismissed in the third over to be reduced to 21/3.

Top Performers of the game

Mohammed Siraj was the star for India with the ball in hand and also bowled an economical four-over spell. He dismissed the likes of Mark Chapman, Glenn Phillips, James Neesham, and Mitchell Santner to finish with outstanding bowling figures of 4/17 at an economy of 4.3. Even youngster Arshdeep Singh registered figures of 4/37 from his four overs at an economy rate of 9.3.

Stand-in captain Hardik Pandya ensured that India did not suffer any further batting hiccups after Suryakumar Yadav’s dismissal post Powerplay. With the Men in Blue reeling at 60/4, Pandya kept his cool and counter-attacked the New Zealand bowlers. He scored an unbeaten 18-ball 30 at a strike rate of 166.7.

The focus now shifts to the One Day Internationals as New Zealand and India will lock horns in the first ODI at the Eden Park in Auckland on Friday, November 25.