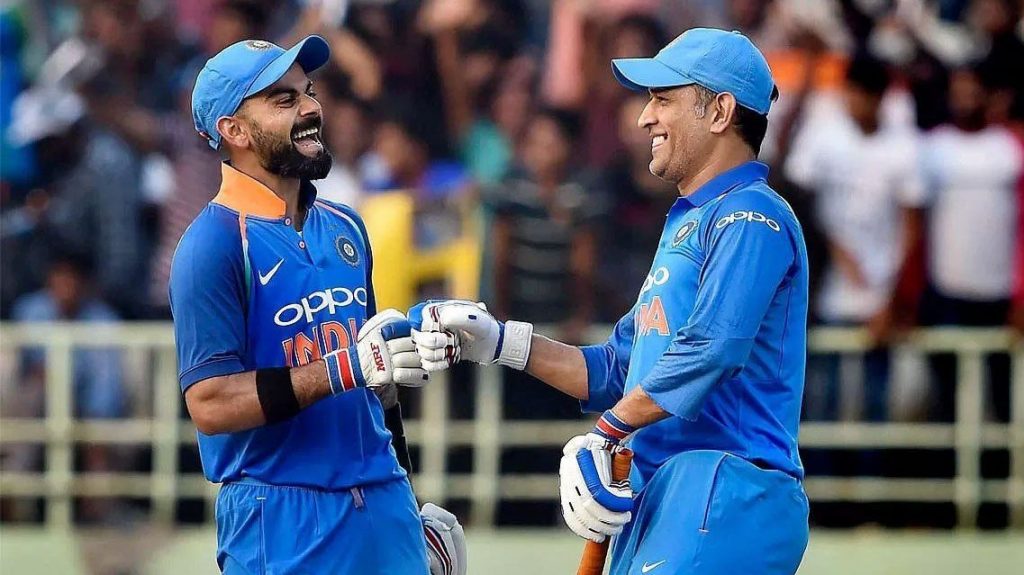 The camaraderie between MS Dhoni and Virat Kohli is well known to everyone. The latter has been very much vocal about the same while speaking to the media. When Dhoni stepped down as India captain at the fag end of his career, Kohli had said that he will always be his leader no matter what. Even after retiring from international cricket, Dhoni is a household name when it comes to top brands in the market.

Virat Kohli is a kind of a fan of MS Dhoni as well and the same was visible on Monday (November 21) when the 34-year-old found the latter’s picture on the Kinley water bottle. Kohli is currently enjoying a break after breaking records in the T20 World Cup. He was also spotted in Uttarakhand visiting a temple with his wife Anushka Sharma.

Probably on the same trip, he spotted MS Dhoni’s picture on the water bottle and was so delighted that he ended putting a story on his official Instagram account. “He is everywhere. Even on the water bottle @mahi7781,” Kohli captioned the picture on his story. Expectedly, the story went viral on social media soon.