On this day in 1980: Gavaskar, Kapil Dev lead India to series victory over PAK 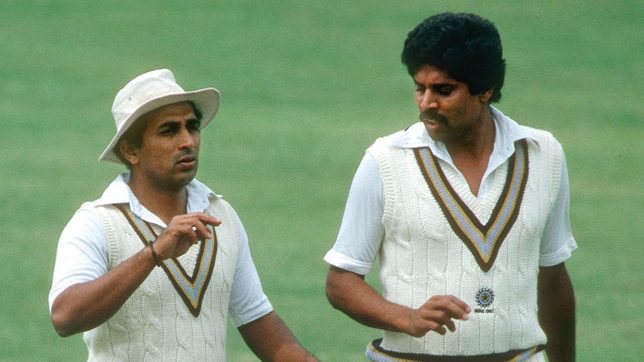 Sunil Gavaskar and Kapil Dev have been the pioneers of Indian cricket and made a tremendous impact during the 70s and 80s. Notably, both were also integral members of India’s first-ever World Cup triumph in 1983.

Together these world-class cricketers made significant contributions to the growth and prosperity of the game in the country. Meanwhile, it was on this very day that the legendary duo helped India register their first series victory over arch-rivals Pakistan in 27 years.

Gavaskar puts up a show

The arch-rivals India and Pakistan faced off in the fifth Test om Madras. Sunil Gavaskar showcased a gutsy batting display against a lethal Pakistani bowling attack, while it was a stupendous all-round performance from the ‘Haryana Hurricane’ that made it matter.

India were 1-0 up having won the third Test at the Wankhede Stadium, while the other games in Bangalore, Delhi and Kanpur had ended in a stalemate. Therefore, it was a must-win match for both sides to ensure that the series was not lost.

Batting first, Pakistan posted 272 runs on the board. Nonetheless, it was not enough as the hosts showcased a far better performance and scored 430 runs. This massive 158-run lead was possible courtesy of an outstanding century from skipper Gavaskar. Gavaskar scored 166 runs from 373 deliveries and he had spent nearly 10 hours at the crease for this knock. He was ably supported by Kapil Dev who scored 84.

In reply, the visitors could only manage 233 as Kapil Dev’s excellent bowling figures of 7/56 completely derailed their innings, setting India an easy target of 76, which they successfully went on to achieve without breaking a sweat by 10 wickets.

Kapil Dev finished with figures of 11/136 and with a scintillating century from Gavaskar, India took an unassailable 2-0 lead. The sixth and final Test played at the Eden Gardens also ended in a stalemate which completed the Indian team’s well-deserved series win.