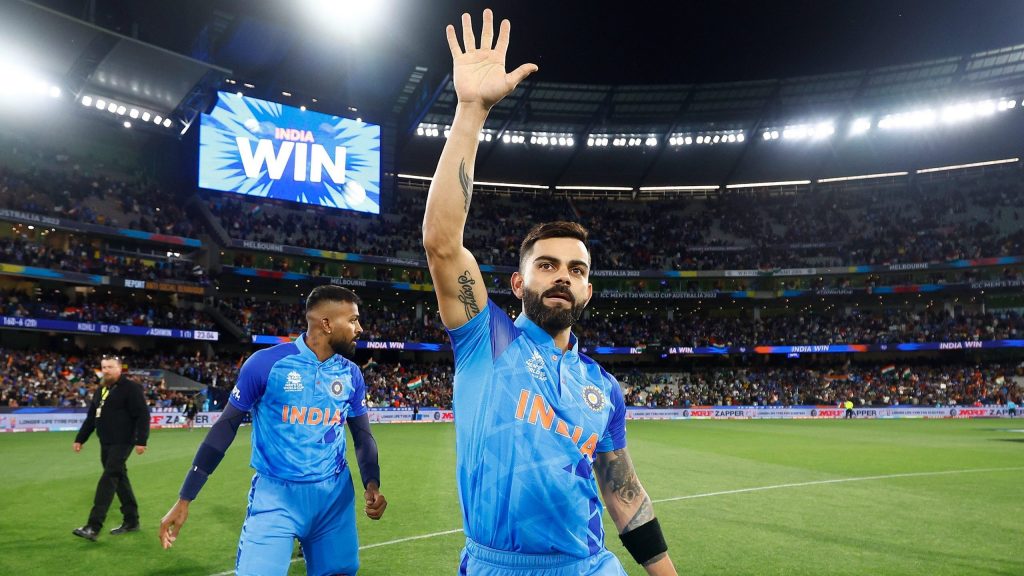 The year 2022 saw the full-fledged return of cricket after a couple of treacherous calendar years marred by bio bubbles due to the pandemic. With the return of cricket, we witnessed some great individual and team performances this year and we have five of the best moments from 2022 that won’t be forgotten anytime soon.

Return of the King

‘The return of the King’, that’s the line Kohli fans had on their lips after the batting great ended his dry spell with the bat in a typical swashbuckling manner. While his maiden T20I century against Afghanistan in the Asia Cup ended a nearly three-year wait for a ton, his century against Bangladesh took him past Ricky Ponting’s tally of 71 international centuries. During his prolific run in the tournament, Kohli compiled one of the greatest T20I innings ever to hand India a miraculous victory against arch-rivals Pakistan in front of a delirious MCG.

To say that the T20 World Cup in Australia was a success would be an understatement. The ICC event produced some unforgettable matches that saw several upsets and unbelievable performances. Although rain played its part in the tournament, England thwarted the challenge of Pakistan to live up to their favourites tag at the MCG.

England red-ball head coach Brendon McCullum isn’t too fond of the term ‘Bazball’, but we aren’t going to stop using the term after his side’s unprecedented turnaround following his arrival earlier this year. His arrival, coupled with Ben Stokes’ appointment as the leader of the side gave England a new lease on life. England have not only won nine matches won the trot, but they have won those matches playing a brand of cricket that is keeping everyone hooked to the game. They are showing no signs of slowing down either and we can expect firecrackers in the Ashes next year.

Women’s cricket has risen tremendously in the past decade and their crowning moment came earlier this year after the CWG 2022 included Women’s cricket for the first time in its glorious history. Australia etched their name into the history books after defeating a spirited Indian team in the final to click the Gold medal. The tournament saw overwhelming support for the women’s game, hinting at a bright future for the game.

India bid farewell to a legend with a 3-0 whitewash

Jhulan Goswami started her international career against England in 2002 with a victory in Chennai and finished it off with a victory as well against the same opponents at the Mecca of Cricket- Lord’s as India completed a historic 3-0 whitewash of the hosts in the ODI series. Between those two matches, the lanky cricketer served the country for two decades, inspiring a generation of cricketers. She bid farewell to the game as the leading wicket-taker in the history of ODI cricket.