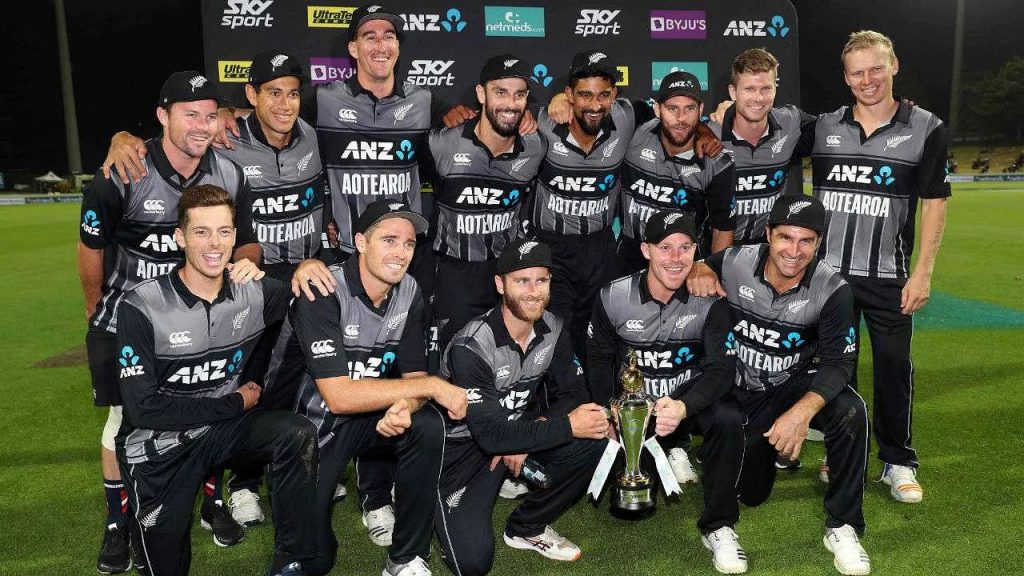 The 2021 T20 World Cup runners-up New Zealand, has turned over a new leaf this year in the shortest format of the game. With the emergence of several talented young Kiwis in the ranks, New Zealand have become a force to reckon with in T20Is.

The Blackcaps have lost just one T20I since the turn of the year and are looking to go one step further in this year’s tournament in the den of their fierce rivals Australia. But before travelling to the Kangaroo land, the Kiwis will be hosting subcontinent nations Bangladesh and Pakistan in a much-awaited Tri-series, commencing early next month.

The emergence of Devon Conway and Glenn Phillips has further bolstered the already star-studded batting line-up with the likes of Mark Chapman and Finn Allen also impressing in their outings for the national side. It would mean that the pressure of doing the bulk of the scoring won’t be resting on the shoulder of Martin Guptill and Kane Williamson anymore, and stick to their natural game.

New Zealand’s Achilles heel has been their bowling. While the veteran fast bowling duo of Tim Southee and Trent Boult are still making the new ball talk, the rest of the bowlers don’t really help out the two old horses. Mitchell Santner is good a disrupting the run flow but rarely threatens the batters. Ish Sodhi is a wicket-taking option but is guilty of being erratic at times. Kiwi speedster Lockie Ferguson hasn’t found his stride either since returning from a lengthy injury layoff.

New Zealand failed to clinch the World Cup title in 2019 in the most dramatic fashion imaginable and followed it up with another defeat in the 2021 T20 World Cup final. They will be adamant to secure their first ICC title in white-ball cricket, and they have got all the tools required at their disposal. Lockie Ferguson, who missed last year’s tournament due to an injury, will be itching to get his team over the line in this year’s edition.

The biggest threat to New Zealand’s title aspiration are their nemesis Australia, who defeated the Kiwis in last year’s final in UAE to clinch their maiden T20 world title. South Africa and India will also pose a considerable challenge to the Kiwis, along with an unpredictable English side.